PAIN and 8 of the MOST POTENT ANTI-INFLAMMATORY HERBS.

PAIN and 8 of the MOST POTENT ANTI-INFLAMMATORY HERBS.

There are basically two root causes and types of pain.

In this article we will discuss the inflammatory origins of pain and how to alleviate it through the use of herbal compounds. 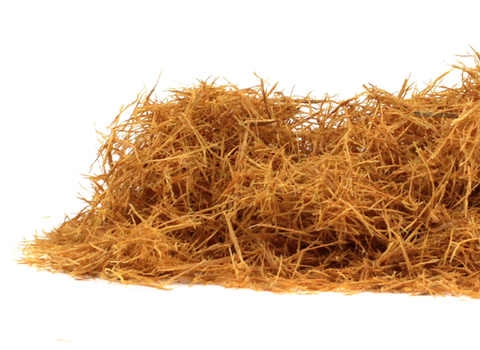 Put simply, inflammation is the human body's natural response to both an internal or external injury or trauma. The resulting inflammation can be categorized in one of two ways:

Acute inflammation occurs after a cut on the knee, a sprained ankle or a sore throat. It's a short-term response with localized effects, meaning it works at the precise place where a problem exists. During acute inflammation, chemicals known as cytokines are released by the damaged tissue. In addition, hormone-like substances known as prostaglandins create blood clots to heal damaged tissue, and they also trigger pain and fever as part of the healing process. As the body heals, the acute inflammation gradually subsides.

Low levels of inflammation can be triggered by a perceived internal threat, even when there isn't a disease to fight or an injury to heal, and sometimes this signals the immune system to respond. As a result, white blood cells swarm but have nothing to do and nowhere to go, and they may eventually start attacking internal organs or other healthy tissues and cells, according to the same report.

The implications of chronic inflammation on the body and its role in the development of disease are not fully understood, but the link is clear and evident.

For example, chronic inflammation has been linked to heart disease and stroke. One theory suggests that when inflammatory cells stay too long in blood vessels, they promote the buildup of plaque. The body perceives this plaque as a foreign substance that doesn't belong, so it tries to wall off the plaque from the blood flowing inside the arteries, according to the American Heart Association(AHA). If the plaque becomes unstable and ruptures, it forms a clot that blocks blood flow to the heart or brain, triggering a heart attack or stroke.

Often times symptom management (painkillers) are a necessary method of treatment, but we can effectively address and control many sources of pain by dealing with the underlying local and/or systemic inflammation that is triggering the pain response. In no particular ordering, here is a list of EIGHT of the most potent herbal anti-inflammatories:

Boswellia is an Ayurvedic herb that has a long history of use for connective tissue and joint support. It possesses powerful anti-inflammatory, anti-arthritic, and analgesic properties and is just as effective as non-steroidal anti-inflammatory drugs (NSAID’s) for pain relief and does not have any of the nasty side effects! It reduces inflammation by modulate the production of pro-inflammatory enzymes. These enzymes are common in joint pain, allergies, respiratory conditions, and cardiovascular problems. Because of its ability to reduce this enzyme, it has been shown to be useful for relieving joint pain and reducing inflammation in many disease processes. Boswellia may be taken internally in capsule form or can be applied topically to an area in pain to relieve inflammation.

Turmeric is a brilliant yellow spice common in Indian cuisine that you can find in any grocery store. Turmeric has been used as a medicine for centuries to treat wounds, infections, colds, and liver disease. The constituent curcumin is one of the reasons why it is so effective in reducing pain and inflammation. Curcurmin has potent anti-inflammatory effects, especially for acute inflammation. So potent in fact that it has been found to be equal or even more potent than cortisone in treating acute inflammation. One of the ways it blocks inflammation is through its ability to block a molecule called NF-KB which travels into the nuclei of cells and turns on genes that trigger inflammation – essentially curcumin stops the inflammatory pathway before it even starts. Curcumin has been suggested as a treatment for colitis, chronic neurodegenerative diseases, arthritis, and cancer.

Bark from the white willow tree is one of the oldest herbal remedies for pain and inflammation, dating back to ancient Egyptian, Roman, Greek, and Indian civilizations, as an analgesic and antipyretic agent. Because of the gastric side effects of aspirin, there has been a resurgence in the use of white willow bark for the treatment of inflammatory syndromes. The mechanism of action of white willow bark is similar to that of aspirin which is used to block inflammatory prostaglandins.

Various randomized, placebo-controlled studies comparing white willow bark with nonsteroidal agents have shown an efficacy comparable to these agents and aspirin. Salicin from white willow bark is converted to salicylic acid by the liver and is considered to have fewer side effects than aspirin. However, it is costlier than aspirin, and should not be used in children (to avoid the risk of Reye’s syndrome), or in patients with peptic ulcer disease, poorly controlled diabetes, hepatic or renal disorders, or other conditions in which aspirin would be contraindicated.

Pycnogenol, like white willow bark, is a nutraceutical material that has been used since ancient times. Pycnogenol is derived from the bark of the maritime pine tree (Pinus maritima) and has been used for more than 2000 years. It has been considered helpful for wound healing, treating scurvy, healing of ulcers, and reducing vascular inflammation. It contains a potent blend of active polyphenols, which includes catechin, taxifolin, procyanidins, and phenolic acids. It is one of the most potent antioxidant compounds currently known.

Studies have shown that pycnogenol is 50–100 times more potent than vitamin E in neutralizing free radicals and that it helps to recycle and prolong the activity of vitamins C and E. Additionally these studies have shown pycnogenol to be effective in reducing blood pressure and reducing the risk of venous thrombosis by its effect on vascular endothelium. Few side effects from the use of pine bark extracts have been reported, the most frequent being mild gastrointestinal effects such as diarrhea and upset stomach. Pycnogenol should not be taken by patients who are being treated with immunosuppressants or by those receiving corticosteroid drugs because it can enhance immune system function and interact with drugs that suppress the immune system.

Resveratrol is a plant-based polyphenol molecule that is found in various concentrations of many different plant sources. The plant is called Japanese Knot weed or Polygonum cuspidatum, and the skins of red wine grapes are believe to have the most concentrated amounts of resveratrol. In plants, resveratrol is generally found in the plant skin and acts as a phytoalexin to protect the plant from infection, excessive UV radiation and aide in general plant defense. Resveratrol has also been found to have significant anti-mutation, anti-inflammatory, antoxidant and DNA protective actions, when consumed by animals and humans.

Any significant side effect or safety issues with resveratrol have not been established, but due to an experimentally shown anti-platelet effect, caution should be exercised when taking other prescription or herbal anti-platelet or coagulation altering products. Most of the active research with resveratrol has been done in neuro and cardioprotection, but several studies are being reported on resveratrol’s use for arthritic joint pain and for the chronic inflammation symptoms caused by Lyme disease and similar conditions.

Uncaria tomentosa and Uncaria guianensis are Peruvian herbs derived from woody vines with small claw-like thorns (hence the vernacular name, cat’s claw) at the base of the leaf, which allow the plant to climb to heights of up to 100 ft. Traditionally, the bark of cat’s claw is used to treat arthritis, bursitis, and intestinal disorders. The active ingredients appear to be polyphenols (flavonoids, proanthocyanidins, and tannins), alkaloids, and sterols. Various studies indicate that this Peruvian herb induces a generalized reduction in proinflammatory mediators.

It inhibits the expression of inducible genes associated with inflammation, specifically negating the expression of inducible nitric oxide synthase, and hence attenuates nitrous oxide production (which also provides its potentiating properties for kratom and other analgesics) Side effects may include nausea, but in general, toxicity risks and side effects are considered minimal.

The spice ginger has been used for thousands of years as a traditional medicine to treat stomach upset, headaches, and infections. It can be easily found in the grocery store or in your spice cabinet and is a very powerful anti-inflammatory herb. It inhibits the pro-inflammatory pathways and promotes the anti-inflammatory pathways while providing your body with a high volume of anti-oxidants. It also inhibits platelet aggregation which promote good blood circulation and speeds up healing time. Ginger is easy to add into your daily regime, you can eat it, juice it, cook with it or take it in a capsule. Taking or eating ginger daily will also improve your digestion and overall well-being.

Throughout history, natural anti-inflammatory compounds have been used to mediate the inflammatory process and with fewer side effects. These may all be used either alone or compounded together to address numerous issues within our bodies that cause inflammatory pain. By controlling the chronic and systemic inflammation, we are able to drastically reduce the need for both pharmaceutical and/or herbal analgesics.

This listing is by no means a comprehensive resource on herbs that possess anti-inflammatory properties, but these are in my opinion the most effective for the specific conditions mentioned and are for the most part, very effective when combined. If you would like to discuss some alternatives for you, schedule a free consultation. I would be happy to speak with you.

Secrets of the Hydroxychloroquine/Cinchona Bark Connection

THE NATURAL POWER of NERVE ROOT